Care to share some enthusiasm?
The swift needs no introduction. Along with the Jimny, it's Suzuki's biggest money maker. It's a popular car among young enthusiasts, Tuners and ricers alike in Australia, Pakistan, India, Japan, Europe, Thailand and even here in Sri Lanka. It's the best selling hatchback in some of those countries.
Alot has been documented on these cars in the internet due to its popularity as a grocery getter, learner-mobile and fun to drive machine. Suzuki took it rallying too and it is a popular budget track/autocross car. 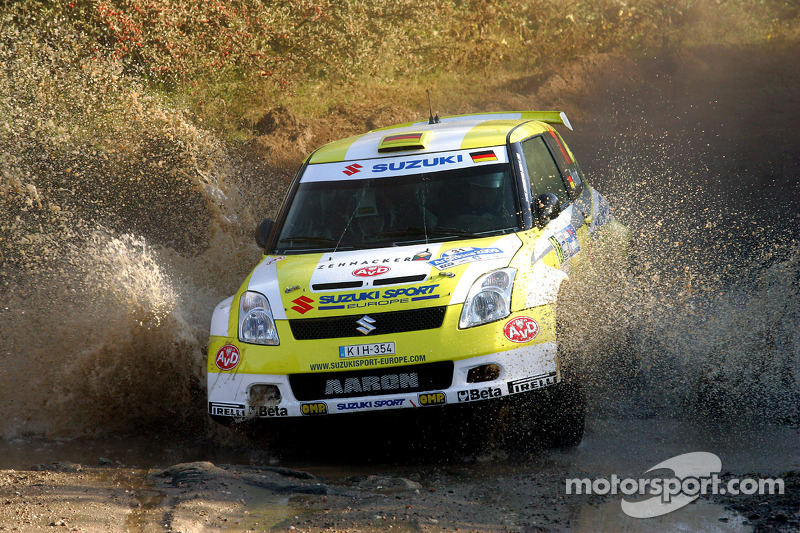 The Go
The base JDM version has the M13A (equipped with DOHC & VVT, pushing 91hp) while our car having been the indian ZXi, had the G13BB engine (SOHC & Non-VVT, 86hp) , which is shared with the Zen, Gypsy, Jimny, Cultus & Esteem (not to be confused with the iconic G13B in the Cultus GTi). It's a simple engine, reliable and very economical. Nothing special here. It was discontinued after 2010 but new parts are plenty. Can be ordered from India, Japan, China and some other Suzuki engine parts are interchangeable.
The gearbox is a 5-speed, smooth and is nice to use. The clutch on the Indian version is known to be weak though. Our car had an Exedy set on it and it was decent.

It's a carbon copy of the Japan swift. The only differences are:
1) The antenna on the Indian version is upfront while it's on the back on the JDM version
2) The Wheel wells have a bit more gap due to the slightly taller suspension
3) There's a VXI/ZXi badge & ABS sticker on the trunk

A smart looking hatchback, and the Azure gray paint suited it well. Not a Pininfarina product but not an ugly little bread loaf either. Only gripe for me were the 14 inch rims and the wheel gap which needed a bit of reduction.

Swifts are stiff cars, this is a well known fact. Ours even had a set of KYB Excel Gs upfront so there goes. Body roll is minimal and the car is stable but they are uncomfortable for very long trips. But who cares when you are tackling the corners with joy and making the passengers sick. Compared to a March or Vitz, it's slightly more spacious and it's tall so visibility is awesome. I'm 5'8" and my dad is 5'10" and both of us fit well in the driver's seat and had ample headroom. Space and dimensions are exactly the same. Interior is the same too except there is no fuel economy calculator & external temperature thermometer. The Indian version is prone to rattles when it ages, they did exist in our car but it wasn't annoying and occured only when traveling on rough roads. Don't be fooled by the 200km/h speedo. V-max is 165km/h, 0-100 takes nearly 12 seconds but that's not the point. This car is all about the 'driving a slow car fast is fun' philosophy. It's no slouch either, as it is lightweight, it can pull off overtakes pretty well and has decent torque at low rpms to compensate for the 86 pony powers.
It's a fun little bugger, never failed to make me smile. Some reviews compare it to a go-kart, it kicked off an affordable tuner culture in India, Jeremy Clarkson said the Sport version is better than the Mini of that year and James May said the 1.5 is a fun thing. What it lacked in power, it made up for in handling.

Bells and whistles
The ZXi has dual airbags, ABS/EBD, Auto AC with LCD screen, multifunction steering, rear defroster, rear wiper, 14" alloys including the spare tyre(same ones as the JDM 'Style' edition) shod with 185/70/R14 tyres. All these options are absent on the VXi and the tyres are 165/70/R14, hence I do not recommend the VXi for safety reasons. Indian cars have a reputation for being death traps,but the ZXi is an exception. It may not be solid as the JDM swift but its worlds above any other Indian hatchback. Like stated earlier, it's stable and solid enough for its size and weight, which is 1010kg (dry). Do keep that in mind when considering a car for a budget of under 2 million. Frankly, it's the only Indian car I'd recommend.

Care to Mod?
Alot of possibilities but If I could, I'd put a nice cat back exhaust & Cold air intake, flash the ECU, put 195/60/R15 tyres with a good set of 15" alloys as the chassis' potential is restricted by the stock wheels. Then for cosmetics, a Swift Sport Bumper front and back with a twin exhaust muffler, a subtle spoiler and a set of projector headlamps is more than enough.

Or just swap in an M16A from a Swift Sport/SX4 and call it a week.

A check through the TeamBHP forums will show guides on DIY mods and cases of turbocharging, engine swap and tuning too.

What to specifically look for when buying
*The interiors are of good quality but find one which hasn't been baked under the sun.

*It seems overheating is a common issue of all Swifts (Indian and Japanese), so inspect the engine bay for any oil leaks or stains which are signs of gasket/seal failures. Inspect the paint on the hood, if there are tiny dots of popped metal/paint, it could be a sign of an overheated car.


*These cars can be cornered and used hard, so keep an ear out for rattles and clicks from the suspension during the test drive. This is a 12 year old car afterall.


*Check the engine bay, sills, underbody, wheel wells, under the rear seat & spare Tyre compartment for rust. Due to age and quality of the metal used in the Indian version, it's not scary but it's inevitable. Ours was well maintained yet had a tiny spot of rust in the spare tyre compartment and engine bay, still miles better than what I have seen in recent model Altos.

If budget permits, a Japanese manual is a better equipped choice (provided one comes up for sale, as they are rare here). Expect to pay around 1.9-2.0 mil for a 2006 version.

It's a shame to see the swift ZXi included in the 'Indian cars are crappy tin cans' package, just because the build quality isn't upto jap standards. No point in arguing with the bayyas and sales people either. It's a decent all rounder, as reliable as a japan swift, was alot of fun and proved to be good value for money. Ours was with us for a short time but I'll really miss it